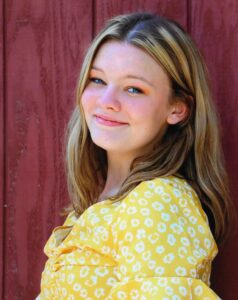 Madison Burns was awarded a $20,000 scholarship to attend Marymount Manhattan College. Madison is a multi dimensional dancer who Elizabeth would be proud of. She attended Bristol Central High School and the Greater Hartford Academy of the Arts. 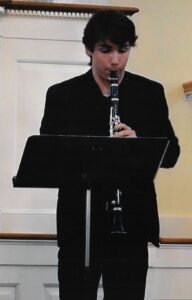 Our 2021 newest addition to the EAC Foundation is Taig Hertel Egan, a graduate of Guilford High School. Taig was awarded a $20,000 scholarship to the New School at The Mannis School in NYC. Taig will pursue his studies in classical clarinet.
Taig is a professional clarinetist is well on track. During the summer of 2022 he was honored to attend the Colorado Summer Music Festival and the Aspen Music Festival. Both prestigious events. 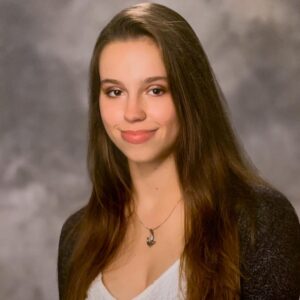 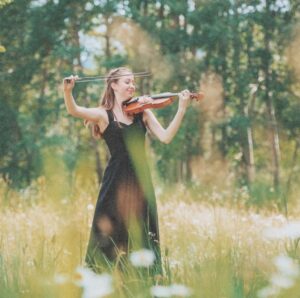 Abigail Sunde was awarded a $20,000 scholarship to attend McGill University in Montreal, Canada. Abigail will further her studies in Violin performance and is a graduate of Miss Porter’s School in Farmington, CT. 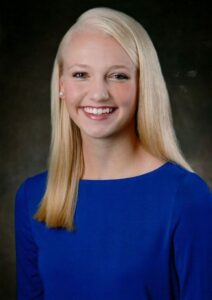 Emily Steele, an opera singer, was awarded $20,000 and is attending Simsbury High School. Emily will be attending Brigham Young University and majoring in Opera. 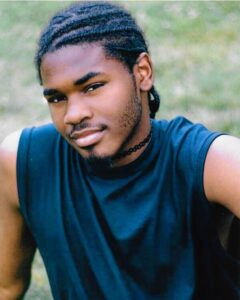 Jerry Hamilton was awarded $20,000. Jerry is a graduate of The Greater Hartford Academy of the Arts High School. Jerry will be attending the University of Hartford, HARTT School of Music. Jerry is a true triple threat and will be majoring in Musical Theatre. Jerry was one of the nine Scottsboro boys in the acclaimed summer production at the Park Road playhouse for the Summer of 2019. 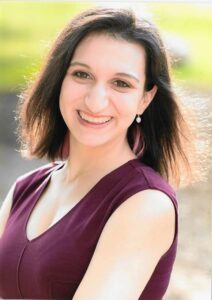 Sydney Weiser was awarded $20,000. Sydney is a graduate of Hall High School in West Hartford and the Greater Hartford Academy of the Arts. She will attend Marymount Manhattan College in New York.

Hello Supporters: As I settle into my first professional singing job, I wanted to take a moment to update you on how my freshman year went.
For both semesters of my freshman year at Marymount Manhattan College, I earned a 4.0 GPA and made the Dean’s List while taking classes like Script Analysis, Acting, and Musical Theatre Fundamentals. I not only was cast in the winter MainStage production of Merrily We Roll Along but also assistant directed the senior directing thesis Frostbite, stage-managed the thesis of Where We’re Born, and built scenery for Parade and The Servant of Two Masters. The directing and stage management correspond to my second major, directing, which I am pursuing in addition to musical theatre.
Thank you for your continued support as I continue my studies in the heart of New York City, where I am building connections and gaining experiences. Your faith in me and the other scholarship recipients is invaluable.
This summer, I am working on the Jersey Shore at the Music Man Singing Ice Cream Shoppe where we perform 6 cabaret-style shows nightly (and serve whimsically named ice cream sundaes). If you happen to be at the Jersey shore, please come to the shop to see some of what I have learned in the past year.

Thank you for enabling me to continue my pursuit of musical theatre and your enduring support! 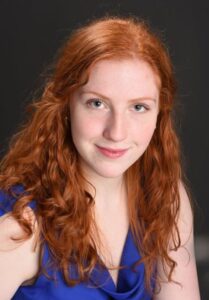 Maggie Kinabrew was awarded $16,000. Maggie is a soprano from West Hartford, CT. She was recently named the first place winner at the Classical Singer Vocal Competition High School Division. Other honors include first place at the Hartford Musical Club Competition in 2014 and the Bel Canto Scholarship Award through the Hartt School of Music in 2014. This summer, Maggie will be performing as Fortuna in L’incoronazione di Poppea as part of the Oberlin in Italy program. She will be attending Oberlin College and Conservatory in the fall to pursue a dual degree.

Thank you for enabling me to continue my pursuit of musical theatre and your enduring support! 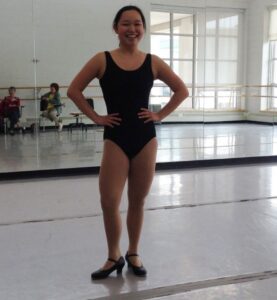 We are proud to announce the 2015 EAC recipient Pearl Matteson, from Wethersfield High School and The Great Hartford Academy of the Arts. Pearl was awarded $12,000 and will be attending The University Of Connecticut, to study Musical Theater. 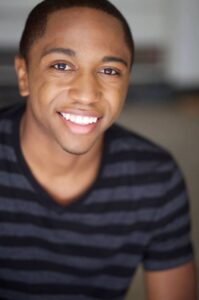 Tré Frazier was awarded $12,000 and is a 2018 graduate from Baldwin-Wallace University in Berea Ohio, where he received a B.M. in music theatre. Tré graduated from the Greater Hartford Academy of the Arts in the spring of 2014 as a musical theatre major. Tré currently is part of the cast of the Northern Hamilton Road Show. 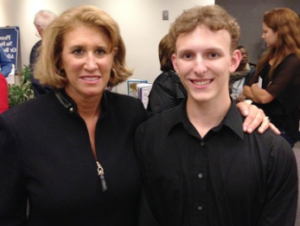 Joseph Heitman, male ballet dancer, was awarded $10,000 and will be attending the Hartt School of music in September.

Joseph is from Westbrook, CT and attended the Greater Hartford Academy of the Arts.

Nathan Davis, was awarded $10,000 and is a jazz trombonist from Manchester who attended The Hartt School of Music. 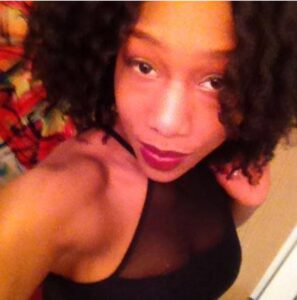 Lashaan Knox, a dancer, was awarded $8,000 and attended Temple University. Lashann is a graduate of Farmington High School and The Greater Hartford Academy of the Performing Arts. She currently lives in Philadelphia. 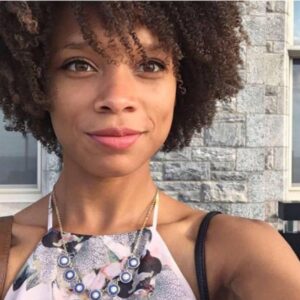 Talia Robinson was awarded $8,000. Talia is a graduate of Westhill High School in Stamford, and attended Emerson College while pursuing theatre arts. 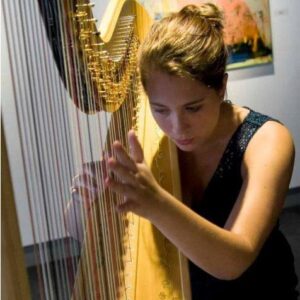 Natalie Stafford, was awarded $8,000 and studied at Carnegie Mellon University. A 2010 graduate of Manchester High School, she was trained on the Harp at the Great Hartford Academy of the Arts. 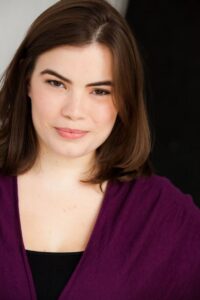 Emily Ide was awarded $8,000 and graduated from New York University’s Tisch School of the Arts, where she studied at the musical theatre conservatory CAP21. She has performed Off-Broadway, toured nationally, and performed at several regional theaters. 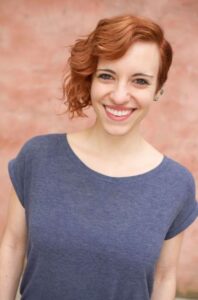 Leah Holleran, was awarded $8,000 and studied at Muhlenberg College in Allentown, Pennsylvania. Leah is a graduate of Trumbull High School in Trumbull, Connecticut. 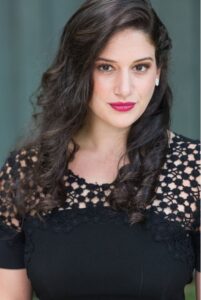 Allegra De Vita was awarded $8,000 and is a mezzo-soprano from Trumbull, Connecticut. She recently returned from The Glimmerglass Festival where she sang the role of Fulvio in Vivaldi’s Cato in Utica in addition to covering the role of the 3rd lady in The Magic Flute. She completed her Masters in Opera Performance at Rice University where she was seen as Ariodante in Handel’s Ariodante, Dorabella in Così Fan Tutte, Erminella in Volpone and Florence Pike in Albert Herring.

Ms. De Vita was an Apprentice Singer with the Santa Fe Opera in the summer of 2014. On fellowship at the Aspen Music Festival, she has performed Nerone in Monteverdi’s L’incoronazione di Poppea and Jordan Baker in John Harbison’s The Great Gatsby. In 2014 she was a soloist in Beethoven 9th Symphony with both the Naples Philharmonic and the Lexington Philharmonic. She has performed Ravel’s Shéhérazade with the Allen Philharmonic and Dan Forrest’s Requiem for the Living with The Montgomery County Choral Society. She was part of the Wolf Trap Opera Studio Artist Program where she was the cover for Nicklausse in Les Contes d’Hoffmann. At Opera Theater of Connecticut, she was seen as Flora in La Traviata, Lola in Cavalleria Rusticana and the Monitor in Suor Angelica.

Ms. De Vita was most recently a 2015 Grand Finalist in the Metropolitan Opera National Council Auditions. She won the gold medal in voice and was the Grand Prize winner for the Young Texas Artists Competition as well as 1st place at the Amici Vocal Competition. She has placed in the National Opera Association’s Carolyn Bailey and Dominick Argento Vocal Competition, Connecticut Opera Guild Young Artists Scholarship Competition and the Young Patronesses of the Opera Vocal Competition. Allegra was part of the inaugural programs for both Houston Grand Opera’s Young Artists Vocal Academy and Dolora Zajick’s Institute for Young Dramatic Voices.

Ms. De Vita also holds a bachelor’s degree in biology with a neuroscience concentration and minor in music performance from Sacred Heart University. She is currently a first year resident at the Academy of Vocal Arts. 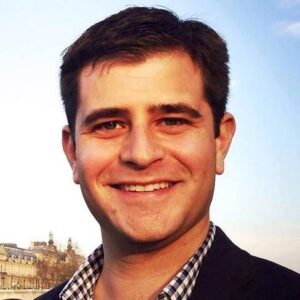 Eric Jarboe was awarded $5,000 and graduated from Syracuse University with a major in Drama. Eric graduated from Trumbull High School in Trumbull Connecticut. Eric is a Producer is known for his work on The Package (2013), 6 Bullets (2012), and When Calls the Heart (2014). 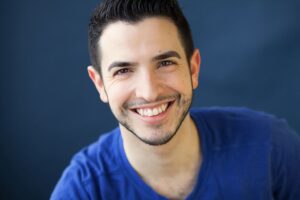 Nicholas Palazzo was awarded $8,000 and graduated from the Hartt School of Music and studied Drama. Nicholas graduated from Rocky Hill High School and the Greater Hartford Academy of the Arts. 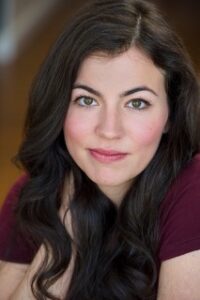 Christine Cornell was awarded $2,500 and is a graduate of the University of Indiana. Christine graduated from Trumbull High School in Trumbull Connecticut. She currently lives in New York city and is a professional actress and musician. 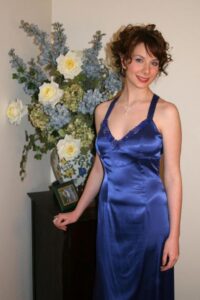 Steph was awarded $2,500 and graduated in 2008 with a BFA in Music Performance from the Opera Department.

She continued to perform locally singing weddings and other functions but decided against travel due to the fact that she found the road work too difficult if she wanted to marry and have children.
After graduating she worked for the University as a recruiter for a year in Long Island and New York City.

Today she is the Community Health Center Marketing Director in Middletown. She married Eric Heine in 2016 and they bought a house in East Hampton, CT. 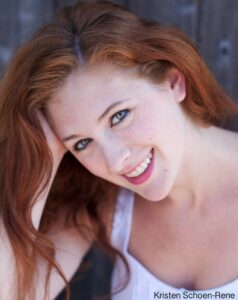 Kristen Schoen-Rene was awarded $2,000 and grew up in Vernon, Connecticut graduating from Rockville High School and The Greater Hartford Academy of the Arts in 2003.

She was a member of OD ‘n’ Tap, Looking In Theatre and appeared in the
spring musicals. She received her BFA in dance from The Ailey School/Fordham University in New York where she was honored to perform
works by Alvin Ailey, Martha Graham, David Parsons, Sean Curran, and Scott
Rink to name a few.
Kristen went on to be a Radio City Rockette which allowed her to dance at the Grand Ole Opry in Nashville, Tennessee. Favorite credits include* 42nd Street, The Will Rogers Follies *and *Young Frankenstein.* Regionally, she has performed at The Gateway Playhouse, Ogunquit Playhouse, Theatre by the Sea, and Arrow Rock Lyceum Theatre. For the 2014-2015 season, she danced in Susan Stroman’s premiere production of *The Merry Widow* at the Metropolitan Opera House in New York City starring Renee Fleming and Kelli O’Hara. She will reprise this role at The Lyric Opera in Chicago for the 2015-2016 season.

She currently lives in Quaker Hill, Connecticut with her husband Brendan and their pets Stella and Sophie. 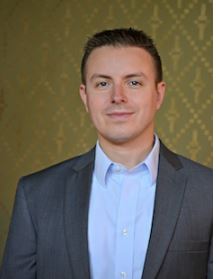 Pianist Matt DeChamplain was awarded $2,000. Matt grew up in Wethersfield, Connecticut and during high school, Matt attended the Greater Hartford Academy of the Arts studying under Jimmy Greene and Dave Santoro. He obtained his bachelor’s degree from the Jackie McLean Institute of Jazz at the Hartt School in 2010 and graduated with his masters from the University of Toledo in Ohio in 2012.

Matt has been featured on four recordings. In 2015, he and his wife vocalist Atla DeChamplain released their first collaboration together titled “Pause.” The album features a guest appearance by Jon Hendricks. Together they were featured at Dizzy’s Club (Jazz at Lincoln Center, NYC) for a week-long engagement. Currently, Matt holds a faculty position at the Hartt School (University of Hartford). He has also taught at the Artist’s Collective, the Litchfield Jazz Camp and the Greater Hartford Academy of the Arts. While maintaining an active performance and teaching schedule, Matt continues to arrange and compose.